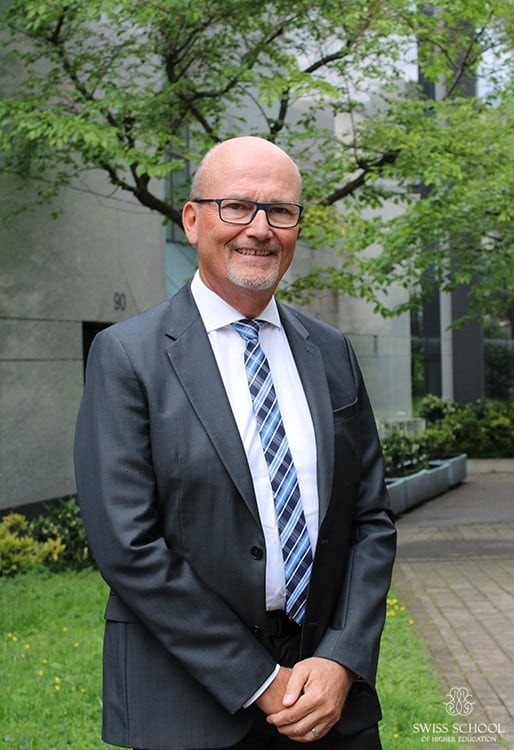 John Howells, a Swiss citizen from US origin, exemplifies the vocational training and internal education process of the Swiss banking system: he started as an apprentice at the age of 15 and became Executive Director at the age of 44 with UBS, the largest Swiss bank where he enjoyed a career spanning 42 years.

Amongst many assignments, John worked in both Retail and Private Banking in operating and commercial roles, as well as advisor for Global Financial Intermediaries and business risk management/compliance. He also spent a few years in the bank corporate training department.

A well-rounded financial executive with experience in both Swiss domestic and foreign markets, John’s career covered alternatively roles of specialized individual contributor and department manager exposed to staff responsibility and profit centers, most specifically in troubled times of foreign accounts attraction and retention restrictions within the Swiss banking industry after 2010.

Concurrently to his professional activities, John, between 2001 and 2010, was elected alderman at the Municipal Council of Vich near Nyon, and Board Member of the regional electrical power company.

After his 42-year banking career, John opted for early retirement and became an ICF Accredited Coach: he devotes his time to development and education in the largest possible sense as well as to compliance duties and board memberships with independent assets management organisations.